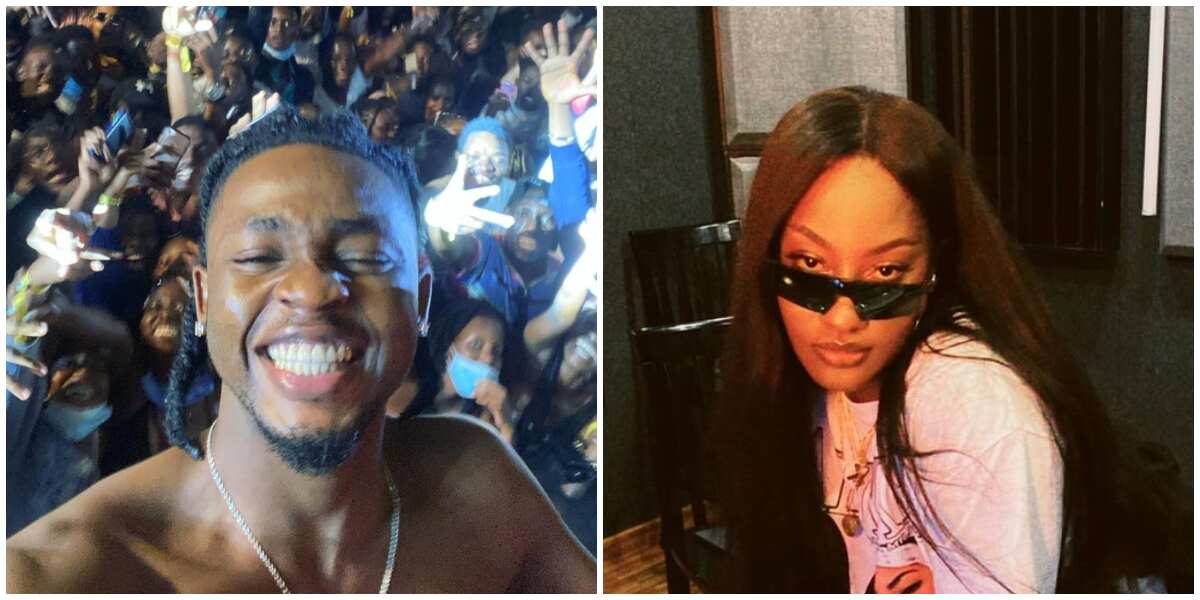 Omah Lay, Tems and Others Regains Freedom From Ugandan

Stanley Didia (Omah Lay), Temilade Openyi (Tems) and several others have regained their freedom from Uganda after pop star-turned-politician, Bobi Wine presented a legal team who compelled the police in Uganda drop all charges against those who were arrested.

Omah Lay and Ms Tems who were arrested after obtaining work permit by officers of the Uganda police for flouting COVID-19 guidelines shortly after their sold-out performance at The Big Brunch, held at Speke Resort, Kampala, on Saturday night - has finally been released.

According to Bobi Wine, he stated that their arrest is an act of shame by a corrupt regime that operates on double standards.‘‘There is no rule of law in Uganda. This country runs on orders from a small circle of oppressors who dispense orders that are implemented without question. There’s absolutely no reason why our brothers should still be detained yet their concert was under police watch.’’

The presidential aspirant who is looking to unseat President Museveni that has led Uganda for over 30 years added that he was delighted to see the illegal & unfair charges dropped! Evidence that voices matter, that people power can force the people in power to act. We must never underestimate our potential!’’.