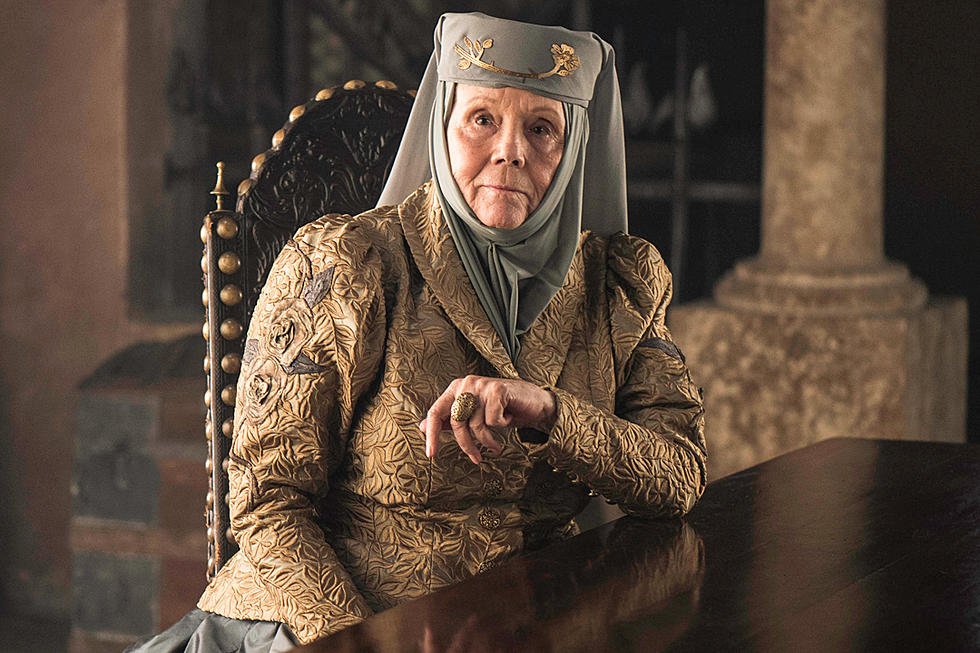 Game of Thrones giant Diana Rigg has passed away at age 82, and her co-stars from the HBO behemoth are mourning her death. For four seasons, Rigg memorably portrayed the razor-tongued fan-favorite, Olenna Tyrell, on TV series, from its third season until its seventh. The English stage and screen actress career in film, television, and the theatre was wide-ranging. She played Emma Peel in the TV series The Avengers, Countess Teresa di Vicenzo, wife of James Bond, in On Her Majesty's Secret Service, and Olenna Tyrell in The Game of Thrones. Rigg's "Game of Thrones" co-stars have been sharing her photos and memories on Instagram and Twitter, honoring the late actress's work and character.

GOT writer and executive producer Bryan Cogman shared his memory of the first time he saw Rigg act out a scene he had written
"Diana. Words in a tweet can't possibly express what an incredible honor it was to write for her, work with her on set, and get to know her. everything from Sondheim to George Lazenby to Kermit the Frog..."

Costume designer Michele Clapton recalled being a fan of Rigg's ahead of her first dress fitting. "Diana Rigg. I was in awe of her on our first meeting, remember her as the incredible Emma Peel. And she didn't disappoint at all in person! She was everything I expected her to be and more, generous, funny, sharp, smart, and dangerous!! Together we created the formidable and amusing Olenna Tyrell.. and it was an honour.. Thank you from us all."

GOT official account also remembered her, sharing a fitting message about one of its most iconic cast members. They wrote "Be a dragon. The realm will always remember Diana Rigg."

Rigg died at her home in London on 10 September 2020, aged 82. Her daughter, Rachael Stirling, said that the cause of death was cancer, of which Rigg had been diagnosed in March.