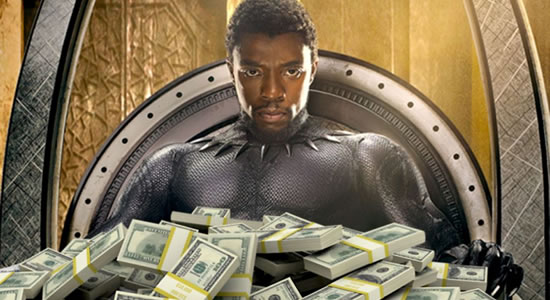 American actor, Chadwick Aaron Boseman, popularly known for his role as "T'challa" in the blockbuster movie 'Black Panther' has died of stage IV colon cancer at 43, his publicist, Nicki Fioravante confirmed. The actor's death was announced by his reps in a statement via his official Instagram account on Friday, saying he at his Los Angeles home surrounded by his family after losing a four-year-battle with cancer.

The statement read: "A true fighter, Chadwick persevered through it all, and brought you many of the films you have come to love so much,” his family said. “From Marshall to Da 5 Bloods, August Wilson’s Ma Rainey’s Black Bottom and several more — all were filmed during and between countless surgeries and chemotherapy. It was the honor of his career to bring King T’Challa to life in Black Panther."

Prior to 'Black Panther', the actor gave a phenomenal performance in '42' when he played Jakie Robinson and 'Get on Up' as James Brown in 2013 and 2014 respectively.

Boseman who did not speak publicly about his health condition is survived by his wife, Taylor Simone Ledward.

Meanwhile, friends, fans, and colleagues including Democratic presidential and vice-presidential candidates, Joe Biden and Kamala Harris have expressed their condolences and paid tribute to the late actor.