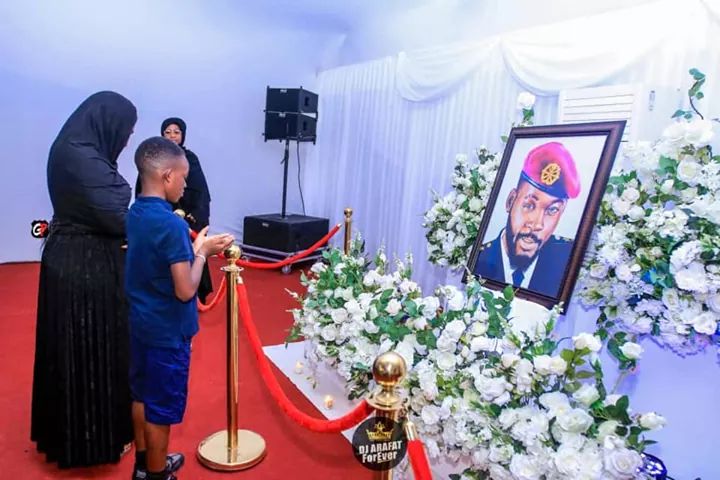 Thousands of fans gathered at the capital city of Abidjan to pay tribute to musician DJ Arafat who died in a motorcycle accident earlier this month.

Ange Didier Huon, 33, popularly known as DJ Arafat was put to rest in Abidjan where hundreds of Ivorian artists took part in a stadium concert that was organised after a successful online petition which called on the government to allow the use of the 35,000  capacity Félix Houphouët Boigny stadium.

Also in attendance was Ivory Coast President with Alassane Ouattara whose government has pledged $250,000 (£205,000) towards the event and Huon's funeral ceremony.

The Motorcycle lover was one of the most popular African musicians in the Francophone world and had been referred to as the "king" of coupé-décalé (cut and run), an Ivorian form of dance music. This musical genre was born in the early 2000s during Ivory Coast's civil war and emphasised that young people still wanted to have fun despite the conflict.

He was posthumously nominated for two All Africa Music Awards.