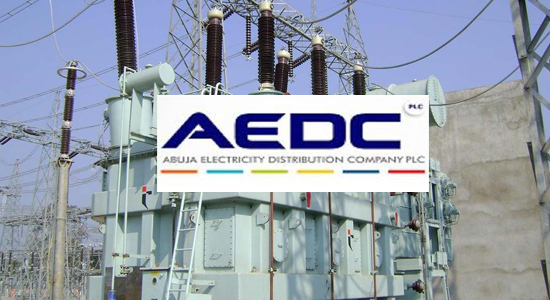 Residents of the Federal Capital Territory (FCT) and other customers serviced by the Abuja Electricity Distribution Company (AEDC) were thrown in darkness on Monday as workers embarked on indefinite strike action, shutting down the power facilities.

The National Union of Electricity Employees (NUEE) had earlier served the Federal government a notice of planned industrial action over non-payment of their 20-month entitlements.

Speaking, the General Manager AEDC, Bode Fadipe said that power supply to some of these areas of operation, especially those on the 11kV network, would be affected by the strike.

“We would like to assure all our customers that all hands are on deck to resolve the issues that prompted this action.

“We would also like to apologize to our customers for the inconvenience and disruption,” he said.

Also, Ndidi Mbah, the AEDC spokesperson assured customers that it has available bulk power for delivery to the distribution load centers of the AEDC to offtake for its customers.

“TCN regrets this disruption and assures Nigerians that normal bulk power delivery to AEDC will be restored as soon as the injection substations are opened for onward electricity supply to consumers,” Mbah said.