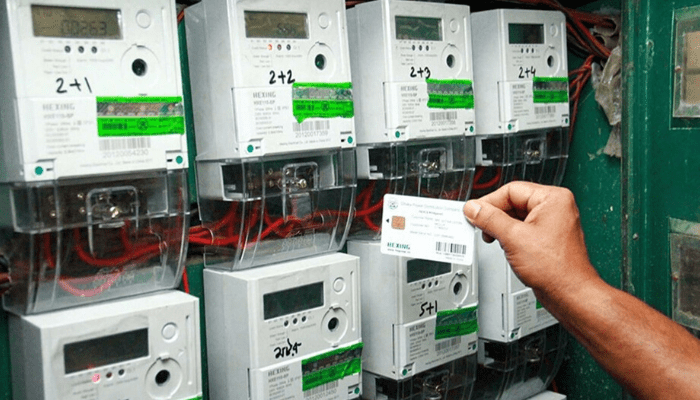 The Federal Government has on Wednesday disclosed that the distribution of the four million free electricity prepaid meters sponsored by the Central Bank of Nigeria (CBN) will soon commence across the country. Mamman Saleh, minister of Power made the disclosure while addressing State House Correspondents after the Federal Executive Council Meeting at the Presidential Villa in Abuja. He explained that the distribution will begin as soon as the ongoing “phase zero” distribution of one million electricity meters is concluded.

“It’s ongoing, we are almost rounding off. We have almost finished with phase zero, we are now going into phase one of the distribution of the meters, that is the remaining four million the Central Bank promised to augment with,” the minister said.

“The first set is one million, we’re about to finish with that, but you know it’s not the target, one million is very negligible compared to the demand of Nigerians.”

Mr. Saleh also said announced that the FEC had approved $8.29 million and N3 billion for the execution of six major electricity projects across the country, saying “The Federal Executive Council today approved six memos under the Ministry of Power. The first one is the award of a contract for the design, manufacturing, and supply of critical spare parts for Crompton Greaves 330 kV, 132 kV, and 33 kV circuit breakers to Messrs. Legen Engineering Nigeria Limited in the sum of N298,339,887.04.

“The second one is the award of the contract for the procurement of 50 sets of 400 AH battery banks, 30 to 50 volts and 30 number of 110-volt battery charges for the substation used by the TCN in favour of Messrs. DTS Transformers Electric Industry Limited at the sum of N644,805,953.10.

“The third award of contract is for the procurement of 50 cent also of 132 kV isolators for the TCN in favour of Messrs. Leading Diagonal Engineering Nigeria Limited in the sum of $840,650 plus N53,900,000 within the delivery period of six months.

“The fourth one is the contract for the design, manufacturing and the supply of three 60/66 MVA 132kV power transformers with accessories and 15 number of 500 kV transformers, 33/0.415kV earthing transformers for the TCN in favour of Messrs. Zhenjiang Transformers Company Limited, in the sum of N1,296,953,044.55 with a delivery period of 12 months.