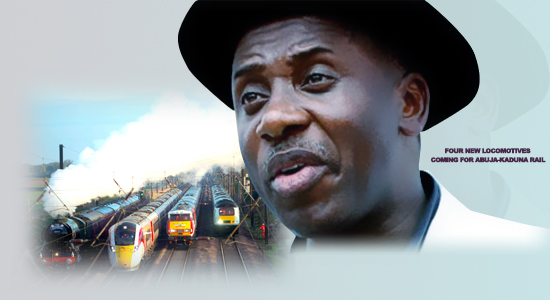 The Federal Government has today signed the contract documents to commence the Kano- Maradi, Niger Republic, and Kano-Dutse railway project  Minister of Transportation, Rotimi Amechi, stated this today while updating newsmen on the development saying, Mota-Engil Group, is the contractor selected by the government to execute the project and as a gesture, they have pledged to build a University for the Nigerian Government as its corporate social responsibility.

Amechi in his statement said, “Today, we signed the contract documents for the commencement of the Kano-Maradi, Kano-Dutse railway project.

Through his official tweet, the Minister added, “The contractor, Mota-Engil Group, a Multinational Engineering & Construction firm has also agreed to build a University as part of their CSR while working on the project,”.

Vigil360 had last year reported a plan by the Federal Government to build a 248km railway track to link Kano-Jigawa-Maradi, which elicits a lot of reaction from general members of the public.

The Minister said the 248-km rail track is expected to abet transport petroleum product into Nigeria from the Niger Republic which the government announced henceforth would commence importation from west-African countries.

However, the Peoples Democratic Party (PDP) and some civil society organizations had kicked against the project describing it as a misplaced priority.

According to the opposition, the administration of President Buhari is not getting its priorities straight, consequently, is the Nigerian masses that pay the price in the end for these wrong choices.

PDP said, “Let’s even look at it from the point of the economy. What is the economic benefit of this project in Nigeria? The Nigerian economy, as it is today, is not in a state to contain this kind of wasteful spending,”.