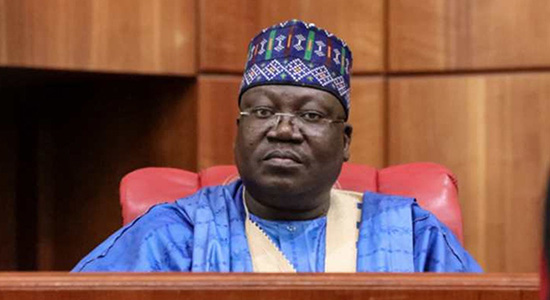 The President of the Nigerian Senate, Ahmed Lawan has disclosed that the lawmakers have concluded a plan to face the Petroleum Industry Bill, PIB, amendment of the Electoral Act before next year winds down.

Lawan made this revelation today while answering questions from newsmen in the statehouse shortly after the signing of the 2021 Appropriation Bill into law by President Buhari.

The Senate leader said the lawmakers would ensure they channel their energy towards those reforms before the first quarter of next year.

He said, though insecurity has continued to deteriorate in the country, the lawmakers are concerned that it is one thing that requires their effort to ensure Nigerians are safe and can move about for their daily activities.

In his statement, “In the National Assembly, we have three or four critical things to do from January.

“First of all, the Petroleum Industry Bill, the PIB which we intend to work so assiduously to ensure that we pass it within the first quarter of next year, but if we can’t, then, before the end of 2021.

“Similarly and equally important is to pass the Electoral Act Amendment, this is also to ensure that we continue to refine our electoral processes so that Nigerians when they vote, their votes will continue to count, and of course, the Constitution Amendment that we always undertake.

According to him, security is the springboard that all other government activities are hinged on, therefore, the legislative and the executive have to put energy together to proffer a lasting solution for peace. Electoral Act Amendment is a critical reform the lawmakers have promised to undertake so that the votes of the electorate could count as well as Constitutional Amendment, Lawan said.

The Senate President revealed that the lawmakers would work hard in the coming year to ensure resources are made available to tackle insecurity which the action of President Buhari has demonstrated willingness to end insecurity.

Lawan said the national assembly is ready to support the executive in all ramifications to ensure people-oriented policies are given greater attention in the coming year, this would deliver a dividend of democracy to all Nigerians, he added.