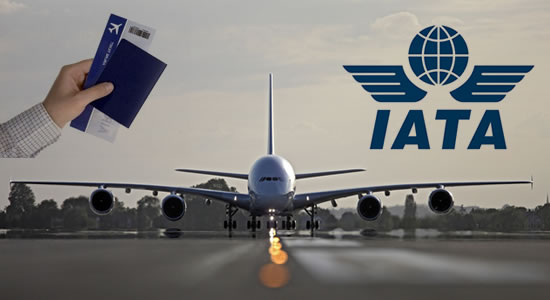 The International Air Transport Association (IATA) has disclosed that following the disruption in air travel in the aviation industry caused by the continued spread of the deadly coronavirus, the Nigeria aviation industry is projected to lose about N160.58 billion (when the dollar exchange rate is put at N370 to $1).

The IATA also hinted this on Thursday, saying also that about 22.200 jobs were also at stake and 2.2 million passengers to be lost out.

The IATA is a global association of airline with a membership of about 290 companies had earlier projected a loss of 853,000 passengers and $170million revenue lost in Nigeria as the dreaded coronavirus continued to threaten humanity.

In Nigeria especially, the body said since January, thousands of flights have been cancelled in Africa, saying this will increase exponentially considering the extra measures put by different countries to contain the menace.

The association also revealed that South Africa alone would lose six million passengers equivalent to $1.2 billion in base revenue as well as 102,000 jobs.

It added other African countries are also expected to record huge losses like Kenya ($320m), Ethiopia ($202m) and Rwanda ($52m).

Meanwhile, the Director-General and Chief Executive Officer, IATA, Alexander de Junaic have called on various governments for their support in this trying time.

He said, “Stopping the spread of COVID-19 is the top priority of governments.

But they must be aware that the public health emergency has now become a catastrophe for economies and for aviation.

He further compared the scale of the current industry crisis as far worse and more pervasive than 9/11, SARS or the 2008 Global Financial Crisis.

The Airline industry is in its trying time as many routes in Africa and the Middle East have been cancelled.

In a similar manner, Air peace has announced yesterday that it had suspended flights operations to Dakar, Senegal and Monrovia, Liberia in a quest to avoid the coronavirus.

In a statement signed by the regulatory agency’s General Manager, Public Relations, Sam Adurogboye, on Thursday, the NCAA said it was part of steps to protect its workforce from the coronavirus scourge.