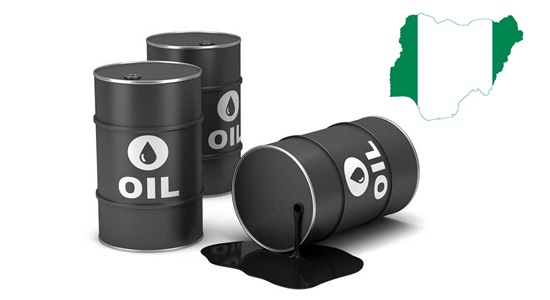 Following the scare created by the coronavirus in the global market, the crude oil market was not left out as crash in the crude oil were recorded which wiped off subsidy on petroleum, setting the landing cost to the lowest ebb.

The expected open market price on petroleum has dropped below the approved pump price of N145 per litre as the landing cost is hovering around N123.88 per litres as at Thursday, 27th February 2020.

Considering the current pricing template as obtained from the Petroleum Pricing Regulatory Agency (PPRA). Speculators expected Petroleum to have sold at N143.25 per litre as at Thursday if it were to reflect market realities.

In the open market, the international oil benchmark, Brent crude has been nose-diving since the deadly coronavirus broke out in China.

The price went as low as $50 per barrel last Friday for the first time within the last two and a half years from $70 per barrel recorded in January.

Nigeria, being the largest oil producer in Africa and whose foreign exchange is mostly dependent on oil imports petroleum and other related refined products as its refineries have failed to put into use for time only God knows.

Diesel and Kerosene have been deregulated, the government stills pay subsidy on petroleum.

The Punch reported that the Federal Government was expected to spend N750.81bn on petroleum subsidy this year, according to information obtained from PPPRA.

Meanwhile, the Minister of Finance, Mrs Zainab Ahmed, during her budget presentation of the 2020 physical year revealed a sum of N450bn had been air-marked for under-recovery another name for subsidy in disguise.

In her statement; “A provision has been made in the budget for under-recovery for the PMS in the sum of N450bn provided in the fiscal framework.

It is under-recovery because it is a costly operation for the NNPC,”

She said, “It is a politically difficult issue to tackle.

There are powerful forces against the needed reforms, making it even more complicated.

But it is in the long-term interest of the economy and the country to fix this problem.

The opportunity cost of oil subsidy is horrendous.

The Nigerian National Petroleum Corporation has been the sole importer of petrol into the country for more than two years after private oil marketers stopped importing the commodity due to crude price fluctuations among other issues.

Dr Yusuf Muda, the Director-General Lagos Chambers of commerce said at one point that “The oil price slump offers a great opportunity for the government to exit from the oil subsidy conundrum.

If there is any benefit from the collapse of oil price, it is in the reduction of the burden of subsidy payment,”

Mr Muda described the subsidy regime as “perhaps the biggest financial burden on the economy at this time”, saying it also presented fertile opportunities for fiscal leakage.