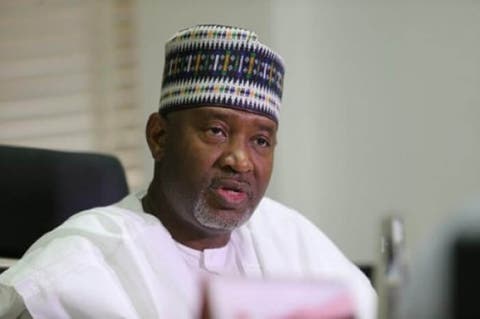 Following growing queries, the Minister for Aviation, Sen. Hadi Sirika, has explained that the Federal Government grants foreign airlines multiple entry points into Nigeria to decongest passenger traffic at the Murtala Muhammed International Airport, Lagos. The minister, who made this known in an interview with Channels Television on Monday evening, said the government supports local carriers but not at the expense of small business owners.

He, however, assured local airlines in Nigeria of the government’s support, adding that the government “stopped Senegalese airline from coming to Nigeria because they stopped Air Peace and Arik from going to Senegal”.

“Lagos airport was built to cater for 200,000 people but today the airport is doing eight million people. The airport is choked up. I have been getting requests from airlines who want to come to Lagos but I don’t have the capacity to take them. So I have to stagger them, some to go to Port Harcourt, some to Abuja, some to Kano, just to decongest Lagos airport.

“I am not a businessman; I am a policy-maker and my policy should help support businesses and create new ones. On the other hand, I am a social democrat by my party which is the government, the All Progressive Congress and I am to look after the public, the citizens.

“I imagine someone coming from Maiduguri or Kano or Enugu or Akwa Ibom. If you say he must go to Lagos or Abuja to fly, what you are telling him is that he has to bear the local cost of transport, local cost of the hotel, cost of a taxi, food etc. In my opinion, these would add not less than a N100,000 to N150,000 on his ticket.

“And because he is a small trader and his total worth is not more than $2,000 dollars and his ticket is nearing about $800, If you add N150,000 to his ticket, it is very significant. So, as a policy-maker, I ought to look after that guy who I want his business to develop in as much as I want the business of the local airlines to develop.

“So, I have to strike a balance between the two. That is why I allow them (foreign airlines) to go to Kano, Port Harcourt, Lagos and Abuja.”