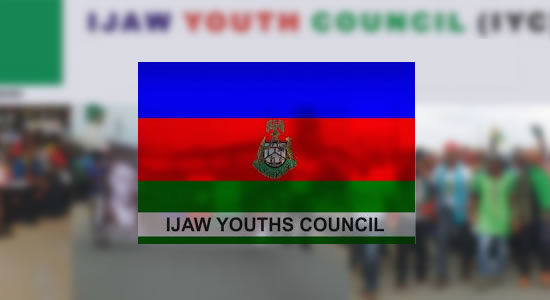 IJAW Youth Council, IYC, has complained of the deplorable state of roads in South-South and South-East regions and as well accused President Muhammadu Buhari of waging a political war against the regions.

President of IYC, Pereotubo Oweilami, on Sunday, made the accusation in a statement that partly reads “It seems Buhari is still ruling this country along voters dichotomy. Just recently on Wednesday the 27th of November, 2019, the Federal Executive Council (FEC) approved the sum of N19b to construct roads in northern and western parts of the Country. Despite the deplorable states of the federal roads in the Niger Delta region, none was considered by FEC. East-West road, Warri-Benin road, Benin Asaba road amongst many others are now death traps to road users.

”In fact, movement from Warri to Benin federal highway has been cut off as the road is completely damaged. Similarly, the East-West road is no longer motorable as some portions of the road, especially from Bayelsa to Rivers State axis have been damaged. Regrettably, these are the only roads that connect the Niger Delta to other regions. Even the Minister of Works is paying lip service to our plight as commuters are undergoing excruciating pains and agonies in plying these roads.” He said.