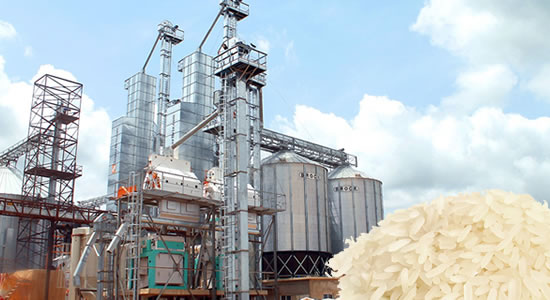 In a move to ameliorate the effect of Nigeria border closure, on the purchasing powers of Nigerians, the management of BUA Group has promised to crash prices of major food items it produces.

The company is noted for the production of essential commodities like sugar, flour, pasta and many others.

Though inflation has been on a steady decline, prices of food items have continued to rise with the close of the borders further worsening the woes.

Speaking ahead of the commissioning of the company's foods manufacturing complex in Port Harcourt, Rivers State, General Manager of BUA Ports and Terminals, Mr Mohammed Lile, disclosed that efforts would be made to bring down prices of its products.

Mr Lile explained that the huge factory in Port Harcourt was built in line with the federal government of Nigeria’s policy on self-sufficiency, stating that the location of the plant gave it a good advantage to bring down prices of products that would be produced in the complex.

He said the railway lines would reduce the cost of transportation which would make it easy to access parts of the country, adding that the sea was also available for ships to berth with raw materials that would be processed at the complex.

Mr Lile, further revealed that the $400 million projects which started over 5 years ago comprise three factories: a sugar refinery; a flour (pasta) mill; and a power plant.

As for the power plant, the GM disclosed that the plant had three sources that generated 24 megawatts of power.