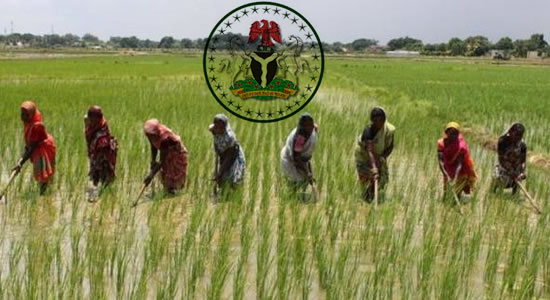 The Federal Government of Nigeria (FGN) through it's Agricultural Transformation Agenda Support Program Phase 1 (ATASP-01) has commences construction of 80km coat dress and lateritic roads in Kano and Jigawa states with a view to improving access to farms in the two states.

According to the National Program Coordinator of the scheme, Malam Ibrahim Muhammad Arabi, the project was aimed at improving agribusiness activities and ensure farmer’s easy access to markets in the affected states.

The program according to him had introduced new technologies that would assist farmers by creating jobs and wealth generation methods along the value chains that would enhance food security not only in the two states but in the country as a whole.

Arabi was quoted saying “In our bid to assist farmers in the zone, we have distributed improved seeds of Rice, Sorghum and Cassava; by doing this we have recorded an improved food production in the zone.

With this development, Arabi stressed that, ATASP resort to making a provision through which this improved food production can easily move to nearest markets" he stated.

In addition to access road construction, ATASP coordinator disclosed that the scheme will soon embark on rehabilitation of the farmers’ sources of water so as to boost agricultural production and productivity in the North-Western region of the country