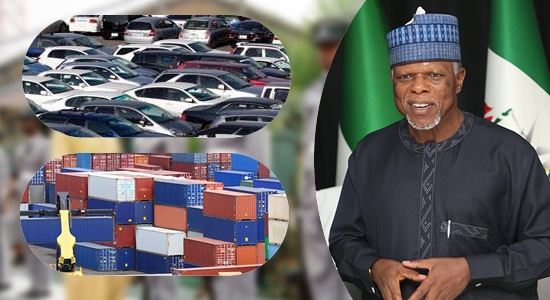 The Comptroller General of the Nigeria Customs Service (NCS), Strike Force Unit has informed that smugglers now make use of Cattle, camels, vehicles fuel compartment, used tyres, and booths to smuggle rice and other dangerous goods into the country. The service also said it raised debit notes worth N1 billion from importers, Shippers, and clearing agents in the last three months. Speaking on Wednesday, the Officer In charge of the unit, DC Ahmadu Bello Shuaibu, said the amount generated would have been lost to smugglers, fraudulent importers and clearing agents who under-declared their cargoes at the seaports.

He stated further that the unit in the last three months intercepted foreign parboiled rice, printed label materials, used vehicles, textiles material, used tyres and second-hand clothing. He however charged importers who were involved in the false declaration of cargoes and under-declaration to turn a new leave and uphold true declaration.

He said, “The Comptroller General, strike force zone A of the Nigeria Customs Service, generated N1.03billion from debit notes on major and minor infractions on cargoes that exited the seaport at the Tin-Can Island and Apapa ports.”
Corroborating Shuaibu, the National Public Relations Officer of the service, Joseph Attah said the N 1billion generated from the alert in the first quarter have justified the creation of the Strike force Unit.