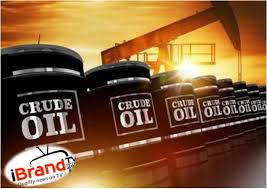 Panic has continued to grip the international oil market as the price of the Brent crude nose-dived on Wednesday hitting the lowest ebb in the last 17 years amid price war between Saudi Arabia and Russia have to continue unabated coupled with the coronavirus pandemic.

The development has sent more shiver to the Nigerian government has set the 2020 budget at $57 benchmark while the price dropped by more than 50% considering the nature of Nigeria as a mono-economy country.

The federal government was planning to generate N2.64trillion oil revenue equivalent to 32.34% of the total budget for the year with non-oil revenue projected at N1.80trn.

Accordingly, the price fracas ongoing between Saudi Arabia and the Federation of Russia following the collapse of talks over each member output into the market, according to Reuters.

Further measures adopted which involved travel ban by many countries because of the deadly coronavirus outbreak has contributed more to the sliding of the crude price.

Investment banks and consultancies have been making heavy cuts to their demand forecasts as a growing number of the world’s largest cities and economies restrict movement.

Demand from the oil market has drastically dropped due to many countries have locked down because of coronavirus, Goldman Sachs said in a note, forecasting a fall in Brent prices to as low as $20 in the second quarter, a level not seen since early 2002.

The bank expects a demand contraction of eight million barrels per day by late March and an annual decline in 2020 of 1.1 million bpd, which it said would be the biggest on record.

Meanwhile, Rystad Energy has gone further to project a year-on-year decline in demand of 2.8 million bpd, or 2.8 per cent, this year.

Rystad Energy added, “To put the number into context, last week we projected a decrease of just 600,000 barrels,”

The heat from the oil market is beginning to manifest in the countries statistics, with Japan’s trade bureau revealed on Wednesday that crude import to the World third economic giant in February dropped by 95 when compared with the previous year.

More so, Iraq’s oil minister, Thamer al-Ghadhban, pleaded for an emergency meeting between members of OPEC and non-OPEC producers to discuss immediate action to support the market.

Meanwhile, Saudi Arabia’s energy ministry, however, said it had directed its national oil company, Saudi Aramco, to continue to supply crude oil at a record high 12.3 million bpd over the coming months.