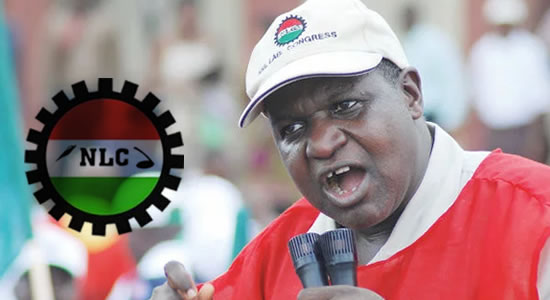 In the last three weeks in Nigeria, there has been growing tension and anxiety between the Federal Government, the trade union and civil society at large over a plan by the Federal government to borrow N2 trillion out of the N10trillion pension fund, to finance infrastructure.

During the last National Economic Council (NEC) meeting presided over by the Vice president Yemi Osinbajo last week, he disclosed that plan has been concluded by the federal government to borrow from the aforementioned fund.

However, the United Labour Congress, (ULC) and Nigeria Labour Congress (NLC) have collectively kicked against the plan, saying it cannot mortgage Nigeria retirement benefit plan into the hand of politicians.

The group said if a large chunk of its pension fund is entrusted into the hand of “profligate and often insensitive politicians who are famous by their careless handling of public fund” saying the contributory pension scheme which was initiated since the year 2004 is a resourcefully funded by workers and employers and is privately being managed by Pension Fund Administrators (PFAs) laying in an individual account there is no hope that it shall be replaced.

Joe Ajaero, the President of the ULC said in a statement that his union members find it difficult to muster any confidence from anywhere to blindly entrust their livelihoods into the hand of a group of politicians who over the years have been historically feasting on the Nigerian collective resources without remorse and pauperising them at any slightest opportunity.

Ajaero said Nigerian pensioners cannot be suicidal to entrust our modern-day politicians with their life-savings to be tempered with when the same group of people over the years were known for looting a government collective resources, the NLC and the ULC are not sure if these same group of persons could be trusted.

He urged the Federal Government “and any other person thinking of cornering “workers’ money” through the pension fund to look elsewhere, saying the move is threatening their future.

Meanwhile, Ayuba Wabba, the President of the Nigeria Labour Congress (NLC) faulted the government plan, saying the objective of the pension scheme was to ensure Nigerian worker from all sectors contribute to the scheme and get their benefit while exiting service after retirement.

He explained that these monies are neither with the PFAs or the Central bank but tired to individual workers account called Retirement Savings Account (RSA).


There are guidelines which guaranteed the safety of these funds.

Wabba further explained: “The pension fund administrators are investing for maximum return on investment for the benefit of the beneficiary and not borrowing.


The Pension Reform Act 2014 provides for investments, not borrowing.


The Pension Fund Administrators (PFAs) is to invest based on their risks and reward appetite; but usually in minimal risk entities.


They are not to be coerced or cajoled to invest because it is criminal to do so.”

The NLC boss said labour is curious that being a critical stakeholder in the system, as provided in the Act, both NLC and Trade Union Congress (TUC) was not consulted on the borrowing plan.

Therefore, these amounts to a violation of the provision of the pension act.


He said considering all these, it is better left to the imagination what will happen to the pension fund eventually the politicians find their way.

Noting that the action of government has the potential to threaten the scheme and erode contributors’ confidence, he said what is paramount to contributors and other stakeholders alike is the safety of the fund, which, unfortunately, the government cannot guarantee.

However, a former President of Trade Union Congress (TUC), Peter Esele thinks the labour movement must engage government by asking relevant questions rather than opposing its decision to borrow from the contributory pension fund, has said.