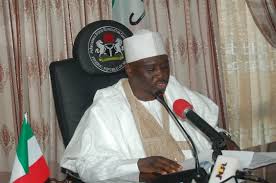 The Governor of Adamawa State, Ahmadu Fintiri has ordered the state ministry of finance to commence implementation of the new national minimum wage.

The Governor issued the directive on Tuesday in a statement signed by the Director of Media and Communications, Solomon Kumangar. The statement said the governor directed that the new wage must take effect from this month, November 2019.

The statement reads in part;

“Governor Ahmadu Fintiri has directed that payment of the new national minimum wage should commence from November 2019.

The development is coming few days after Forum of state governors warned that individual states would determine the consequential adjustment to be paid to workers above level 7.

Meanwhile, labour has directed its state chapters to engage various state governors with a view to resolving all issues relating to the new minimum wage.