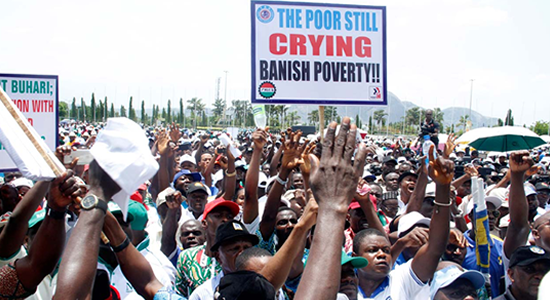 Minimum Wage: We Are Set To Join Nlc Strike - Workers

Members of the Nigeria Labour Congress, NLC in Osun State have announced plans to join the proposed nationwide strike by the Congress, following alleged delay by the Federal Government to conclude negotiation on the new minimum wage.

The negotiation is in respect to the consequential adjustment on the wages of workers on grade level 07 and above.

Mr Jacob Adekomi, the Chairman of the state chapter of the NLC while reacting to the planned strike by NLC said workers in the state had already mobilized themselves and are waiting for the go ahead from the leadership of the congress.

Adekomi said he had received the directive on the proposed strike by the national headquarters of the congress and that the directive would be followed to the letter, NAN reports.

The NLC General Secretary, Mr Emmanuel Ugboaja, had in a circular, directed the state councils of the congress to mobilise members for the strike in case the negotiations between government and the union slated for Tuesday, breaks down.

Adekomi, however, said it was unfortunate that labour had to resort to strike before workers’ demand for welfare would be looked into.

“It is quite unfortunate in this country that you do not get your right easily.

“The language employers of labour understand is agitation, which is quite unfortunate. It is about precedent now, if you want to get your right here, you have to do the unthinkable.

“It is the unthinkable language that they do understand,” he said.

Adekomi, however, expressed the hope that the issue of consequential adjustment on the minimum wage implementation would be resolved between now and Tuesday.

“It is not about the issue of strike. It is about getting our demands. Nobody is interested in strike but what we are saying is give us what is due to us’’.