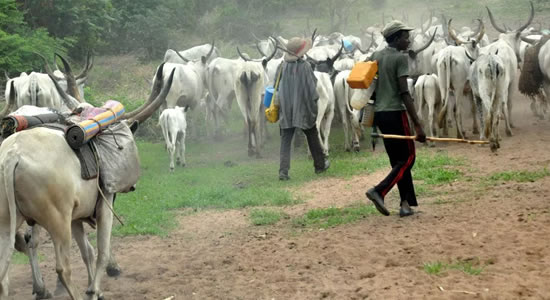 Contrary to Governor Bala Mohammed of Bauchi State who on Monday during a live programme reportedly said Fulani herdsmen from Chad, Niger and other neighbouring countries would benefit from the scheme.

The Governor argued that since the herders were nomadic by nature, it would be inappropriate to exclude them from the initiative on account of their nationalities.

The Bauchi state being the state to the governor has been listed among the beneficiaries of the program, when asked on how he will ensure only Nigerian Herdsmen benefit from the scheme.

He, however, opined that the Fulani’s exist across Africa and share a brotherhood which transcends borders.

The governor in his statement said “I think there is a lot of mistrust and misconception as regards the Fulani man. The Fulani man is a global or African person. He moves from, Gambia to Senegal and his nationality is Fulani.”

The federal government slated the NLTP to support the development of Nigeria’s livestock sector, and to be implemented in seven pilot states of Adamawa, Benue, Kaduna, Plateau, Nasarawa, Taraba and Zamfara.

The plan was designed such that is going to be a collaborative project among the federal and state governments, farmers, pastoralists and the private sector.

However, while briefing Journalist after the NEC meeting in a state house involving the 36 governors yesterday in Abuja, the Ebonyi State chief executive, Dave Umahi, stated with affirmation that foreign herders were not part of the project.

Confirmed by his Edo and Gombe counterparts, Godwin Obaseki and Mohammed Inuwa respectively, Umahi revealed the plan was not just for cows, but a holistic approach to address animal husbandry.

The Ebonyi governor, who doubles as chairman of the NEC’s sub-committee on national food security and herders/farmers conflict, reaffirmed: “A N100 billion budget was projected by the committee to fund the project.

“The Federal Government is to provide 80 per cent in grant, while the states will contribute land, personnel and 20 per cent cost of the project.”