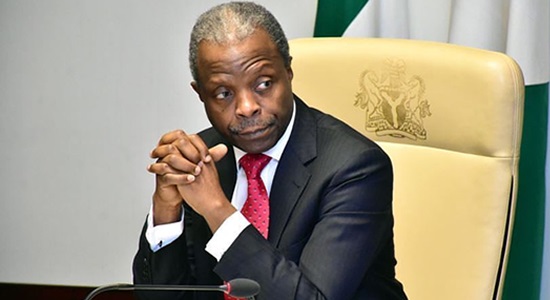 Punch notes that the vice president, by the provisions of Nigeria’s Constitution, is the chairman of NEC.

This meeting is the second since the inauguration of President Muhammadu Buhari’s cabinet for the second term.

The NEC meeting, held monthly, deliberates on the coordination of the economic planning efforts and economic programmes of the various levels of government.

The council comprises the 36 state governors, the governor of Central Bank of Nigeria, minister of finance, Secretary to the Government of the Federation and other government officials and agencies whose duties hinge on the economy.

The meeting is coming barely two days after the President, Muhammadu Buhari dissolved the Economic Management Team headed by Osinbajo and constituted the Economic Advisory Council. The newly constituted Council is expected to report directly to the President, thus relieving the Vice President of his hold on the economy. Apart from the economy, Osinbajo was also directed to seek presidential approval in the management of agencies under him.

This development has fueled reports of a possible rift between those at the seat of power.