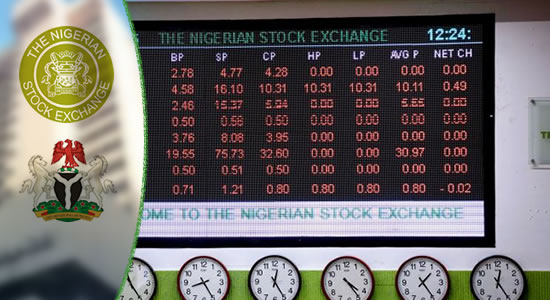 Investors were monitoring the judgement proceeding at the election tribunal over the 2019 presidential elections between President Muhammadu Burai of the All Progressive Congress (APC) and Atiku Abubakar of the Peoples Democratic Party (PDP).

Early speculations of the judgement in favour of the President, with earlier rulings dismissing some Appeals of Atiku resulted in the improvement on the market as well as the level of confidence of investors.

At the end of the market day, All-Share Index (ASI) increased by 105.95 points at 27,153.53 basis points from 27,047.58 basis points in the last session, while market capitalization increased by N51.6 billion to finish at N13.210 trillion against Tuesday’s N13.158 trillion.
However, volume, value and number of deals recorded a 41.92 percent , 70.81 percent and 5.70 percent depreciation respectively.
The trading session recorded a total of 211.5 million shares worth N1.5 billion exchanged by investors in 4,365 deals as against the 364.2 million equities valued at N4.9 billion transacted in 4,629 deals on Tuesday.
Analysis of the price movement showed Courtville with the highest volume of sales recorded at 35.2 million units of shares traded at N7.7 million, while Guiness Nigeria recorded the lowest volume of sales depreciating by 30 kobo to trade at N37 per share.