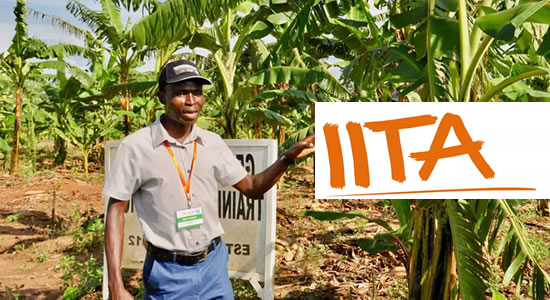 A joint venture project known as Farm House is planning to create 65,000 jobs in the agricultural sector for young unemployed Nigerian graduates. According to a member of the Farm House, during a press conference in Lagos on Sunday, Isaac Oghogho, Farm House in collaboration with the International Institute for Tropical Agriculture (IITA) will train,

counsel and give grants to a number of unemployed youths who were hindered by financial problems to invest in agriculture despite their quest to do so.

Oghogho stated that “Agriculture is a money spinner and can be a huge boost to the economy of the country if sufficient investment is made, but the problem is that a lot of youths are not interested in it. They do not see agriculture as attractive enough to pursue as a career and because of that, a lot of them are missing out on life-changing opportunities.

“The population of the country is exploding but the rate of unemployment is also increasing. This is a major cause for concern because when the young and active population of a nation is unemployed, crime will naturally increase. It is for this reason that we decided to set up Farm House, a television show which we plan to run for a minimum of five years and which will focus on training unemployed graduates in different aspects of agriculture.

“The beauty of our project is that at the end of every season, they will take them to a farm where they will put what they have learned to use. Reputable bodies like ITTA and representatives from the Ministry of Agriculture and the Bank of Industry will be there to teach these young people on the techniques for successful farming and show them how to access grants for farming business”.